OPENING SHOW AT THE NEWIMAGES FESTIVAL 2020 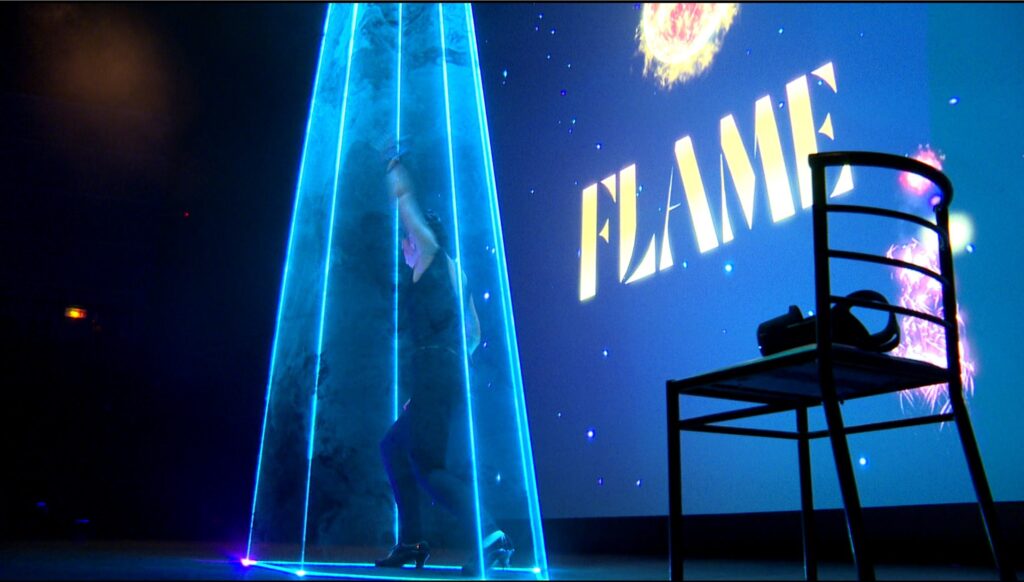 Part of the show was co-produced with VRrOOm

Format: Mixed Reality system with the show performed simultaneously on stage in real life and in virtual reality.

A virtual and real-life live show

FLAME was the opening show at the NewImages Festival that took place at the Forum des Images a few days ago. A live show, happening simultaneously in two worlds, the real world at the Forum, and the virtual world in the VRrOOm space of VRchat. These two worlds were connected by portals giving the spectators the choice of experiencing this traditional dance performance in these two parallel worlds. 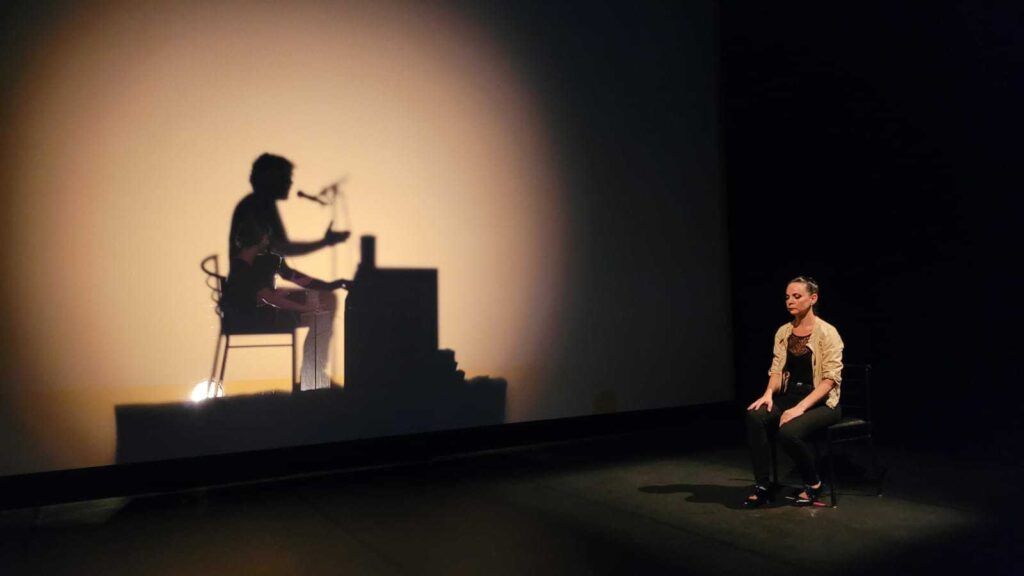 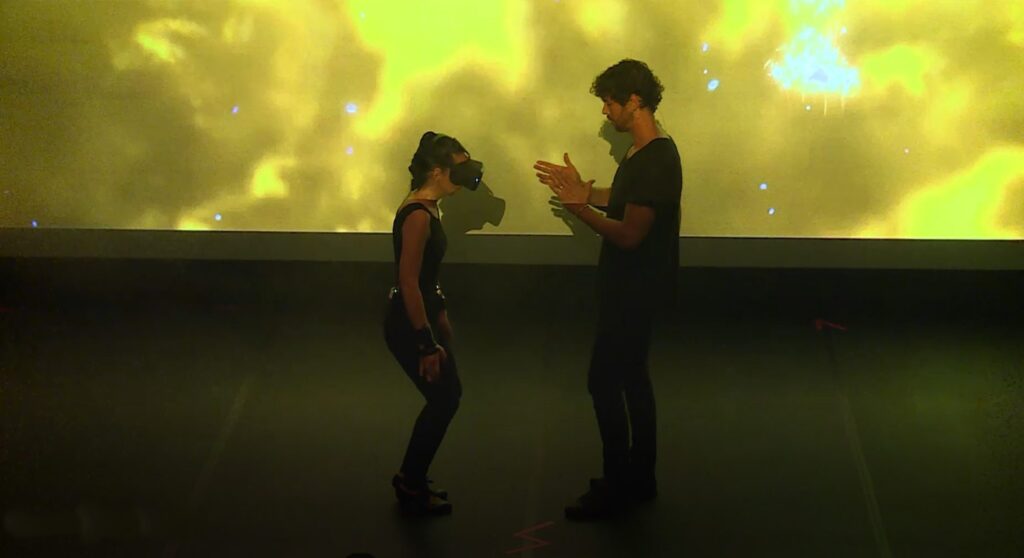 Alexandra de Tournemire – SoWhen?: “Louis, how did the idea of making FLAME come about?

Louis Cacciuttolo – VRrOOm : “Coming from the world of live performance, I’m convinced that there are alternatives to the traditional ways of producing, performing and participating in live performance. I’m fascinated by the possibilities that immersive technologies offer and I’m convinced that their use is not yet fully appreciated. Performances and festivals that couldn’t be held because of Covid-19 restrictions now have solutions that allow culture, music, dance, and theater to thrive in these troubled times. FLAME is a new project that demonstrates how the two worlds of traditional and virtual live performance can not only coexist, but be complementary and benefit from each other.

Alexandra – SoWhen?: “We’ve previously worked together on Jean-Michel Jarre’s virtual live concert, a world first. It must be said that Jean-Michel Jarre is a pioneer in the field of electronic music, so it felt natural to include him in such a project. His audience was ready to join him in this adventure. He was able to perform simultaneously in front of thousands of people all over the world from his studio while all the shows of France’s World Music Day were cancelled… (View related article…) 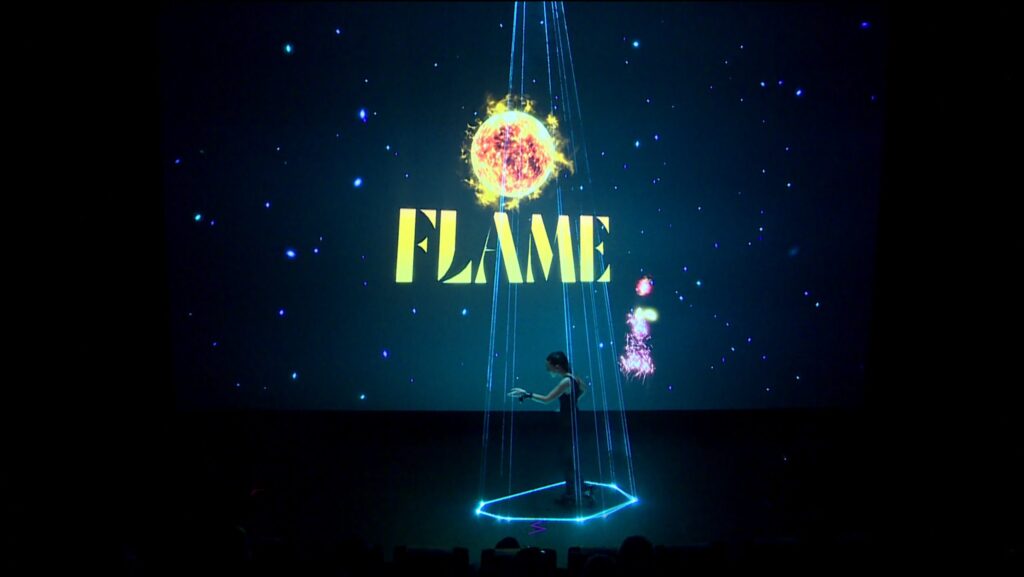 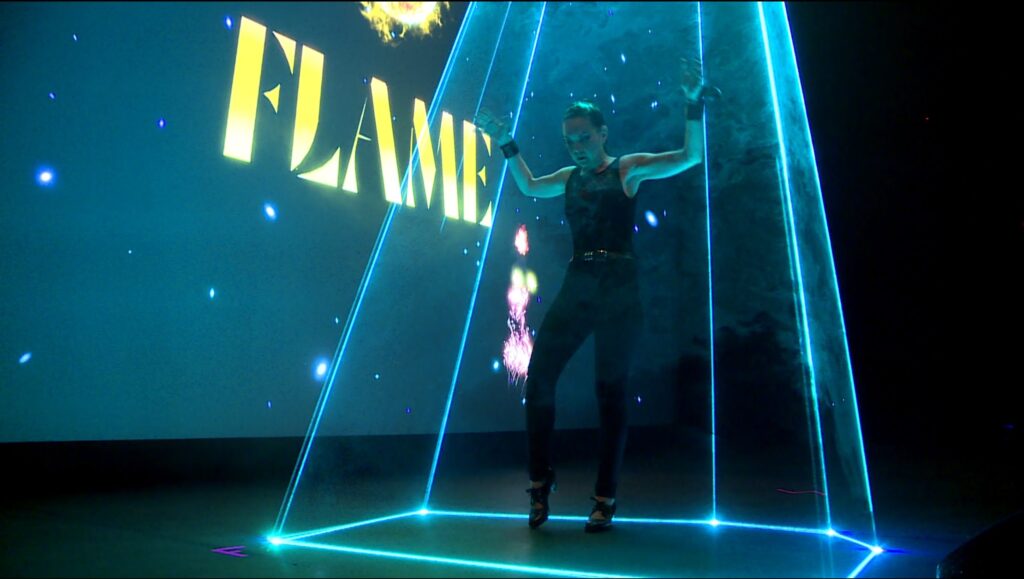 “FLAME is a flamenco show, which is a particularly traditional and codified form of artistic expression, and I saw something in it that could clearly illustrate my ideas: virtual reality is not just for modern art forms like electronic music, but is relevant to all forms of live performance, including the most traditional ones, like opera or flamenco. I decided to produce a flamenco show that would take place in two ways: an on-stage physical performance and a virtual performance on the social VR platform VRChat. The goal was not to replace the traditional stage show that was clearly visible to the audience, but to allow people to enjoy a live experience in a virtual world accessible to a truly international audience. The audience in the room could enjoy the performance unfold on stage in the usual way, while audiences online could view the live broadcast we set up on various social media as well as in total immersion via a VR headset or in video game mode on a PC. These two worlds connected by digital portals offered two versions of the same show. Alexandra, as you know I’m full of praise for SoWhen?’s expertise and your unique approach to the subjects you work on, so I’ll let you explain your mission objectives and why you decided to join me on this crazy project…”

After the success of Jean-Michel Jarre’s live virtual concert, you decided to take us on this new Mixed Reality adventure.

So along with VRrOOm we co-produced part of the surprise opening show of the NewImages Festival.

We were attracted to the idea because we saw this as another building block in achieving SoWhen?’s vision: erasing the boundaries between the real world and the digital world, striving for entertainment and engagement in everything we do. Flamenco is a dance form rooted in history, it’s a tradition, a culture, an art. The true challenge for us was bringing a parallel virtual show to life alongside the one in the real world without impeding or altering it in any way. We’ve created another way for live shows, in this case for Flamenco, to exist and to connect with their audience.

The current situation worldwide is accelerating the democratization of these image technologies. What’s happening is violent both from an economic and human point of view, the live performance industry is dying because it cannot connect with its audience. Our mission is not to destroy the traditional stage show which remains a unique experience in many ways and we’re the first to appreciate this. We participated in this project for the same reasons as our company takes part in its wider societal project: to bring together living and virtual worlds so they can be at one with each other without impeding on each other’s experience. 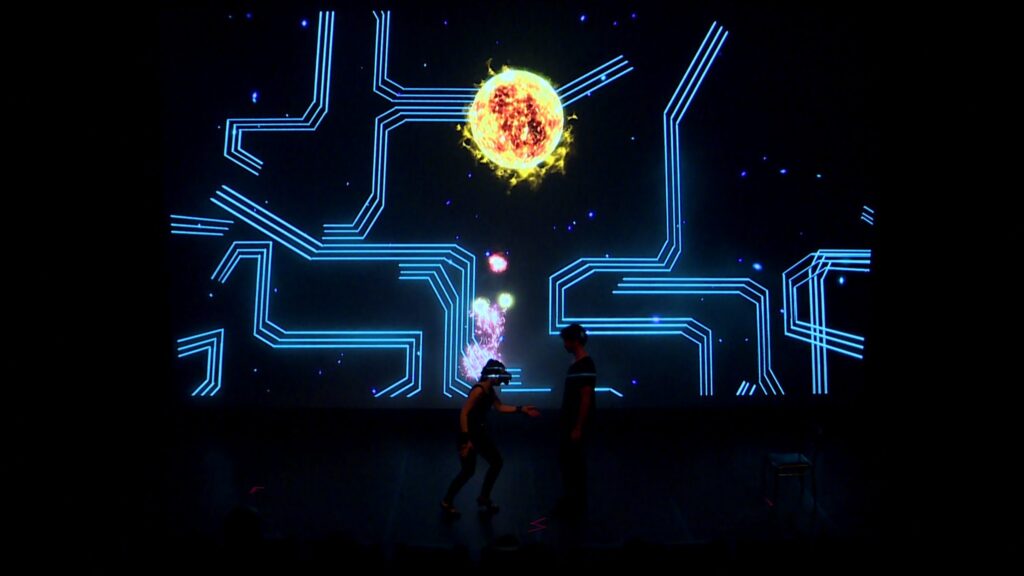 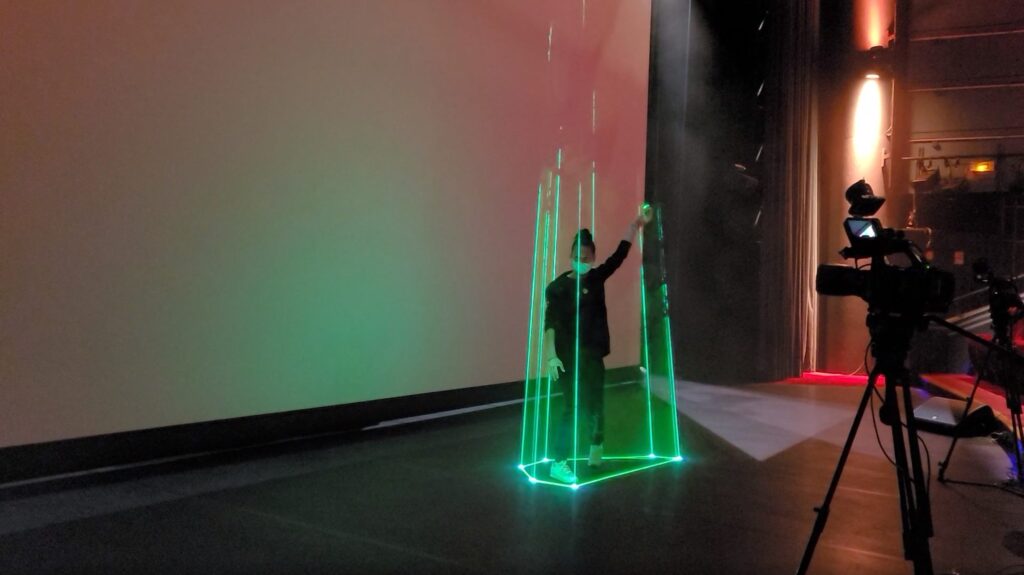 FLAME took place in two spaces simultaneously and side by side, merging the real world and the virtual world around a single show.

We had to succeed in conveying the conceptual and poetic visual elements of the show in both the real and virtual worlds.

One of the biggest challenges was to design a technical solution for capturing and transmitting the movements in the live show, which was put together very quickly, in just a few days. This solution had to be light and easy to set up so as not to interfere with the performance of the dancer, Samantha Alcon and her accompanying musician.

Since we wanted the technology to be as unobtrusive as possible, we opted for the Oculus Quest to reproduce the dancer’s movements in VRchat (virtual world).

What was also interesting was offering audiences a double perspective of the show by placing screens in the two worlds that served as windows linking them together.

Audience members who were connected via VRChat could see both the dancer’s avatar (created by SoWhen?) on stage and the live video stream of the Forum des Images’s Room 500. This live feed, a mirror of the real show, was displayed on each side of the virtual world’s stage pit.

Audience members watching the real world performance via live video broadcast (because of Covid) saw the dancer on stage and its live virtual world counterpart in the background.

Despite the sanitary conditions required by the ongoing Covid pandemic, this edition of the NewImages Festival brought together 6,000 people, general public and professionals alike, from all over the world (623 professionals, half of them on site). SoWhen? is proud to have collaborated with VRrOOm at this Festival.

Thank you Louis for this great opportunity! 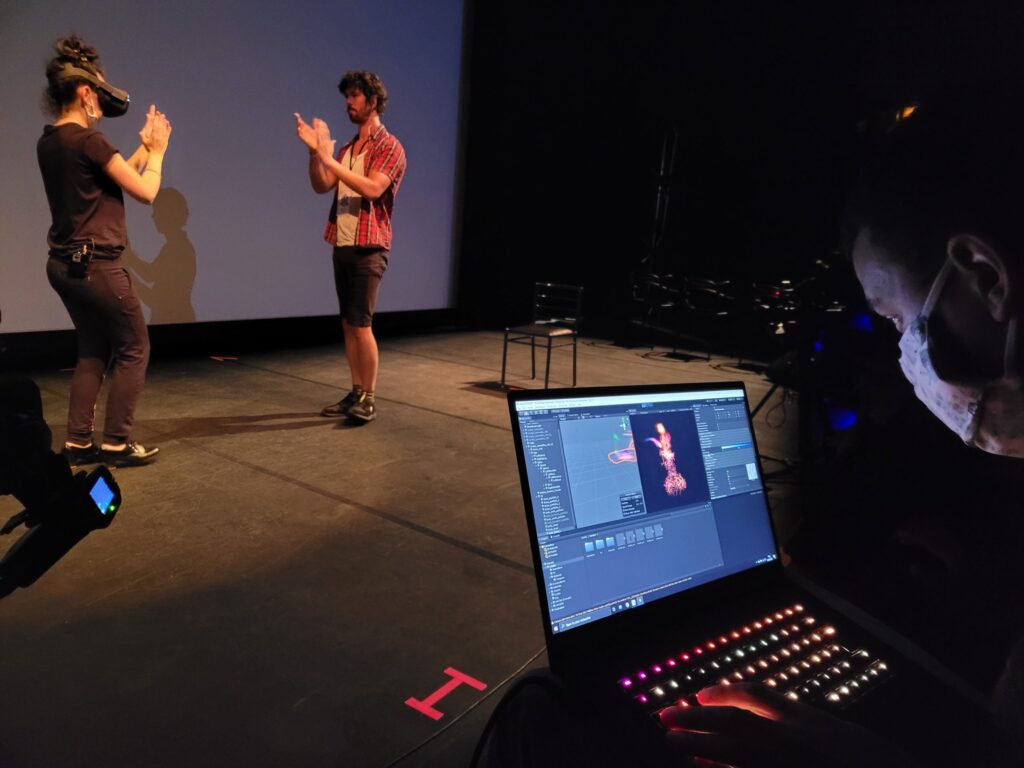 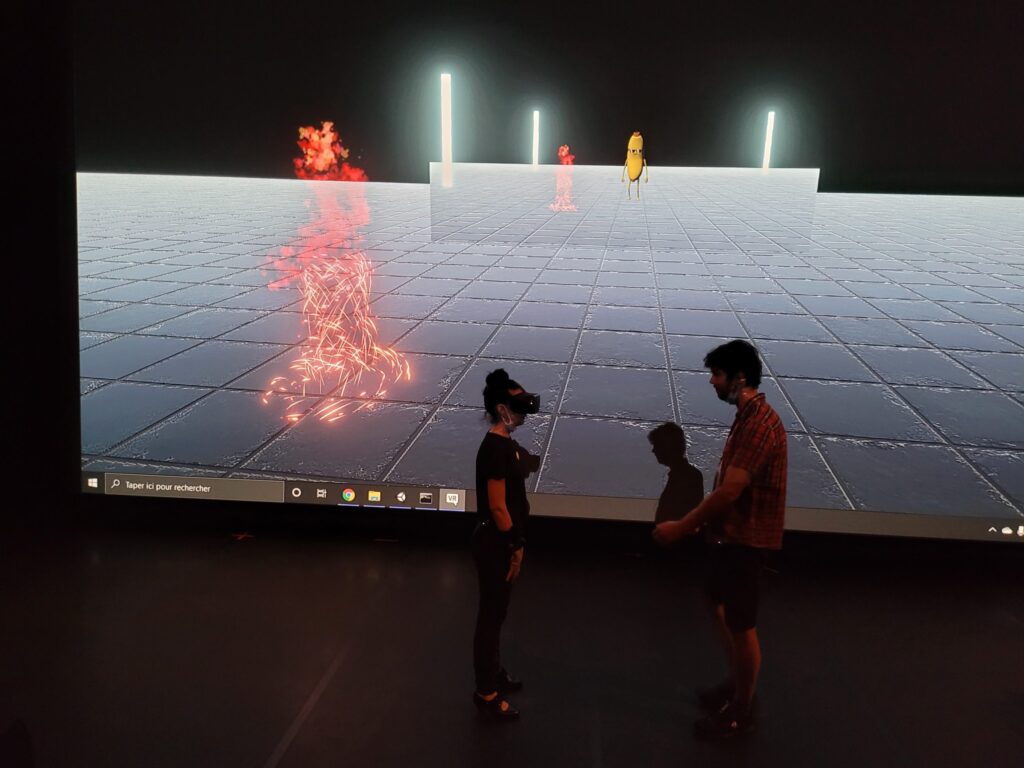 Alstom’s Virtual World – An immersive and interactive showcase for Alstom products and solutions. 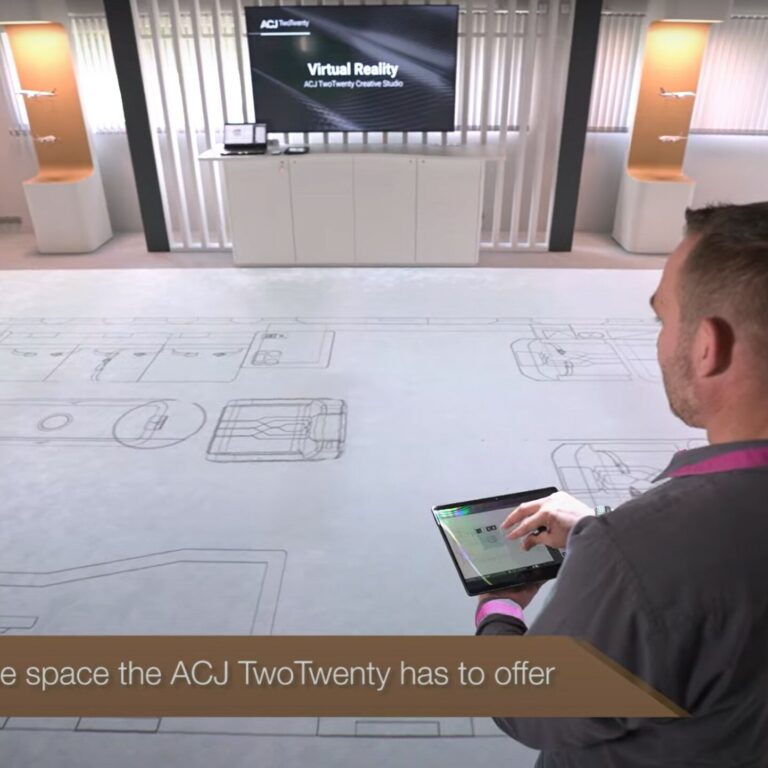 SoWhen? carried out the motion capture of Livi, the 100% virtual muse of LVMH. Creation of 3D videos for Michelin Our interactive device for Michelin Would you like a quote?
Tell us about your projects? Receive more information?
Grab a coffee?

Love the startup mindset? Do you thrive around creativity, thoroughness and sharing? For information on internships, permanent positions or assignments…
CLICK HERE!